My ROP project focused on evaluating the feasibility of using MRI as the primary imaging modality for carotid artery stenosis diagnosis and assessment (not sure what we are talking about? See previous posts here and here). Along with Ginni Ting, a student volunteer in Dr. Tyrrell’s lab, we surveyed physicians in the Niagara region of Ontario to learn about their perspectives on this proposal. Our community partner in this research was Heart Niagara – a fantastic local organization that has been guiding advances in cardiac health education and services since 1977.

Most of the responding physicians saw approximately 2000 or more patients per year. Physicians expressed a variety of care-related decisions for carotid artery stenosis patients, especially for those where diagnosis was less obvious with less than 70% stenosis. Most responding physicians would consider MRI over Ultrasound as the first-line diagnostic imaging modality, because of its ability to detect IPH yielding more pertinent information. IPH is bleeding within the plaques, which causes them to become more vulnerable (see vulnerable plaque). There is a 6 times greater risk of stroke in people with IPH! For those who were reluctant to consider it, they expressed that it was mostly due to their concerns for the relative cost and current wait time for MRI.

Unfortunately, the response rate for this online survey was very low. Reasons given for the reluctance to participate were that physicians were on a tight schedule and were busy with their patients. Feedback from participants was that the online survey seemed long. Nevertheless, from the responses received, we were able to learn more about physicians’ perspectives of using MRI for carotid artery stenosis diagnosis and assessment.


In the end, it was an exciting and valuable experience to plan out and execute this research project. Most importantly, I had the pleasure to join Dr. Tyrrell’s lab and meet his team. I am grateful for all the help and support which I have received throughout my time at the lab. I look forward to continuing to work as a member of Dr. Tyrrell’s lab. 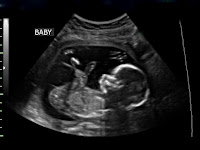 Maybe not all rest and relaxation but certainly radiology and rheumatology! Here is a great example of why collaboration between disciplines is so important in medicine. Elizabeth recently graduated from Iroquois Ridge High School and will be a new University of Toronto student this fall. See her post below.

Many people are familiar with the word arthritis. This is probably because one in six Canadians aged 15 years and older report having arthritis. Rheumatoid Arthritis is a specific form of arthritis that unfortunately can lead to severe disability and joint replacement.


Over the past several weeks, I participated in the 2015 YSP research program with the Division of Teaching Laboratories within the Faculty of Medicine at the University of Toronto and had the opportunity to look more closely at Rheumatoid Arthritis and ways to better diagnose this debilitating disease.


As part of this program I also participated in specific lab tasks including dissections and micropipetting and was exposed to clinical work such as suturing and operating an ultrasound machine. In addition, the program provided me with the opportunity to participate in daily workshops led by two instructors from the Division of Teaching Laboratories, Jastaran Singh and Jabir Mohamed. These workshops provided important overviews on a variety of topics relating to research that were very interesting.


The things I learned in this program provided me with a much better understanding of various research and medical issues that I think will be of use to me as I begin my studies at the University of Toronto this fall.
I would very much like to thank Prof. Pascal Tyrrell, Jastaran Singh and Jabir Mohamed for allowing me to be exposed to the various projects and for answering the many questions that I had during the program. Thank you!

Oddly enough, there’s been a surprising lack of content about medical imaging on a blog with medical imaging in its title. So in order to fill that void, I’ll be providing a brief history on the development of the clinical technique used to visualize the human body.

The advent of medical imaging dates all the way back to 1895, following the discovery of X-rays by the German physicist, Wilhelm Conrad Roentgen. The first X-ray picture was then produced, detailing the skeletal composition of his wife’s left hand. However, the actual quality of this imaging process was still very primitive, only allowing for the visualization of bones or foreign objects.

It was not until the 1920’s that radiologists would develop a more effective method of visualization. This process, known as fluoroscopy, involved either an oral or vascular injection of a radio-opaque contrast agent, which would travel through the patient’s gastrointestinal track. Radiologists could then take films tracking the agent, allowing them to view blood vessels and digestive tracks alike.
By the 1950’s, imaging procedures progressed towards nuclear medicine, involving radioactive compounds. These compounds were administered to patients because they could be absorbed by cellular clusters being invaded by tumours. As compounds decayed and emitted gamma rays, the recorded radiation could then be detected by gamma cameras, signalling the location of any cancerous developments.
The 1970’s were a period of rapid advancement for the field, as a number of modern imaging techniques were developed for clinical practice such as:

Fast-forward to present day and over 70 million CT scans, 30 million MRI scans and 2 billion X-rays have been performed worldwide! The field of medical imaging is still growing by the day, with ongoing research leading to new developments.